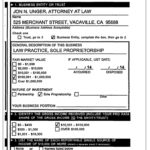 On February 15, 2018, three volunteer advocates attempted to serve Judge Cynda Riggins-Unger with a noice of intent to recall petition. This was the fifth time in five years advocates served a Solano County Judge with a notice of intent to recall. In a gross abuse of power, Unger summoned three police officers to block the advocates from serving her. Unger continued to dodge … END_OF_DOCUMENT_TOKEN_TO_BE_REPLACED

A group of local women marched Friday into the Solano County Hall of Justice to serve a notice of recall to a family court judge they consider guilty of violating the Canons of the California Code of Judicial Ethics. “Judge (Christine) Carringer recklessly rips children from nurturing, loving, and fit mothers, and gives them to documented abusers,” read a letter composed by … END_OF_DOCUMENT_TOKEN_TO_BE_REPLACED 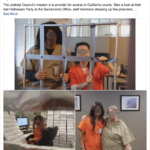 SACRAMENTO, Calif. (KGO) -- The NAACP is demanding an apology from the Judicial Council, the policy-making body for California courts, after the I-Team obtained photos of a costume party at its Sacramento office. The photos of that party and the council's handling of black history month are raising complaints of racial bias in this important group, charged with ensuring fair … END_OF_DOCUMENT_TOKEN_TO_BE_REPLACED

http://www.marinij.com/general-news/20090701/state-orders-audit-of-marin-family-court   Prodded by Sen. Mark Leno and other lawmakers, the state Joint Legislative Audit Committee voted Wednesday to investigate the family courts in Marin and Sacramento counties. The audit will focus on the use, and potential misuse, of court-appointed specialists in family-law … END_OF_DOCUMENT_TOKEN_TO_BE_REPLACED